click here for our new album- anthems of home!

This is a limited run of Anthems of Home T-Shirts! 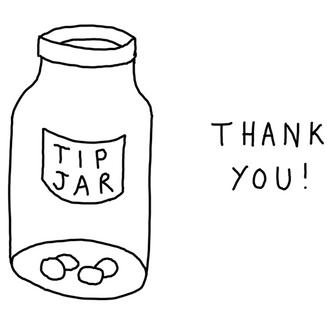 Enter the amount you wish to donate

You are HuDost- T- Shirt

The perfect gift to yourself or others! These come in men's and women's sizes in black.

“When I wrote the beginning lyric to ‘Rise Together,’ I was exploring the ways we all share a common human value and a common thread of life, loss and rebirth, says Dan Haseltine of Jars of Clay. “In the face of an ever-divided life, and in light of so many messages pitting us against our neighbors, it seemed like a worthwhile exercise to strip all the market trappings away and get back to the core of what connects us.”

“We met Dan Haseltine of Jars of Clay not through music but through our shared work in political advocacy acting on behalf of people living in extreme poverty,” says Moksha Sommer. “Through music and advocacy we have witnessed incredible and real change and know the astonishing power of collective voices on behalf of those who do not have the ability, and sometimes even the rights, to be heard. Songwriting with Dan was a wonderful process of the three of us contributing all that we could and being attached to nothing. I think the result is quite remarkable and reflects the very thing the song is about; rising together through shared vision and action.”

Throughout the eight tracks on OF WATER + MERCY--the eighth full-length studio album from HUDOST--there’s a rich, eclectic blending of pop and rock with a sound that crosses all borders and barriers, taking the listener on a journey. From Montreal and Kentucky, HuDost weaves a seamless tapestry of sound from the core musicians of Moksha Sommer and Jemal Wade Hines. Having toured the U.S., Canada, and Europe consistently since April 2006, HUDOST’s highlight performances include Bonnaroo, Resident band at FloydFest, BhaktiFest, World Café Live, Blissfest, Music City Roots, The Montreal Folk Festival and much more. HUDOST have grown and expanded, travelled rocky and glorious terrain and marveled at all they can learn and explore. Moksha and Jemal Wade in this time have grown as artists, as seekers, as a couple and as a family.

This album truly comes from the heart and from the work of ongoing practice. We began the process of recording this a few years ago and it, unlike any of our other records, has had a life of its own; the songs and the power of the music guiding us and, at times, forcing us to wait until we were ready. In this time we have grown as people, musicians, and family. The album contains this growth, the pain and longing that all humans experience, and the absolute joy that entered our lives with the birth of our son Kaleb. We hope that this translates to you and your own practice. Toward the One...
Read more…
0:00/???

While touring constantly over the past few years, continuing to write new songs for the next ‘proper’ HuDost album (as well as working on a ‘Sufi Kirtan’ album & experimental project with The Church’s Steve Kilbey), we struck up a relationship with BLUE
HuDost's 2013 release '4th Way Folk' is a stripped down organic acoustic affair.

While touring constantly over the past few years, continuing to write new songs for the next ‘proper’ HuDost album (as well as working on a ‘Sufi Kirtan’ album & experimental project with The Church’s Steve Kilbey), we struck up a relationship with BLUE MICROPHONES and acquired a few of their mics as well as their awesome sounding Robbie PreAmp and other studio upgrades. This led to the idea of us wanting to do an acoustic album of our revisions and renditions of both ‘vintage’ and modern day folk songs. With the beautiful BLUE mics, we wanted to capture the raw purity & essence of our vocal harmonies and instruments without all the effects, electronics, feedback, amplifiers, etc. (Don’t worry...we’ll be back there soon!).

Five of the tracks are actually ‘4th Way Folk Songs’; traditional folk pieces transformed & gleaned from the ideas of people like Gurdjieff & E.J. Gold. At one point in the project, we sent two of the tracks out to Oz Fritz & IDHHB so he could record ‘gang vocals’ with E.J. and the crew. He sent back varying tracks of everyone singing and rapping and improvising along with ‘Holy Hobo’ & ‘4th Way Liner’. E.J.’s ad-libs are amazingly candid, jolting & fun and add beautifully to the essence of these versions.

This recording project is truly homespun. Jemal took it as an assignment to bring forth clarity in his engineering skills as well as taking a shot at mixing the project himself.